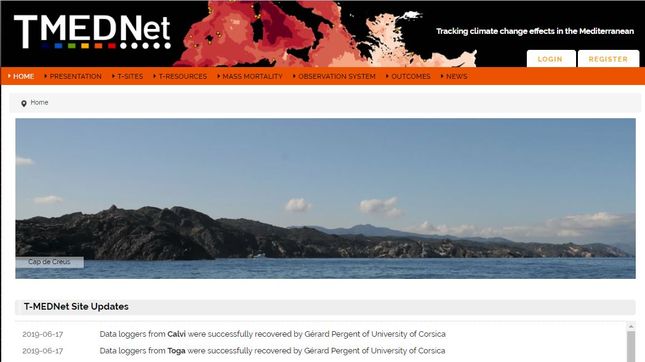 Oceans and seas, such as the Mediterranean Sea, absorbs vast quantities of heat as a result of increased concentrations of greenhouse gases in the atmosphere, mainly from fossil fuel consumption. Today we know that the surface waters of the Mediterranean sea have seen an increase of their temperature of more than 1.4 ºC  according to the last data acquired during the MPA-ADAPT project.

Recent mass mortality episodes in the Mediterranean have been associated with unusually high temperatures and heat waves, which turn marine species more vulnerable to pathogens and diseases.  These changes in sea temperature are already causing shifts in the distribution of Mediterranean marine native species.

This increase affects marine species and ecosystems functioning which cascades affecting the ecosystem services provided to our society such as fisheries, coastal protection and recreational uses.

What do know about the Mediterranean Sea?

In the Mediterranean, despite the notable exceptions of very few long-term series, there was an enormous gap of knowledge on temperature conditions in coastal waters. Besides, neither updated nor comprehensive information can support scientific analysis on biological effects of heat stress at a Mediterranean regional scale such as the mass mortality events. Overall such information is vital to guide management and conservation strategies that can then inform adaptive management schemes that aim to face the impacts of climate change.

T-MedNet arised as a platform devoted to develop an observation network on climate change effects in marine coastal ecosystems by spreading the acquisition of standard monitoring protocols on seawater temperature and biological indicators over large-scale and long-term.

At present T-MEDNet involves 16 public research institutions and 23 MPAs from 7 Mediterranean countries, under the scientific coordination of the Institute of Marine Sciences (ICM- CSIC). Continuous T-series are now undertaken in 40+ sites, mostly in the western Mediterranean, but also in the Alboran, Adriatic, Ionian, and Aegean sub basins resulting in a unified quality checked database of more than 15 million T-samples.