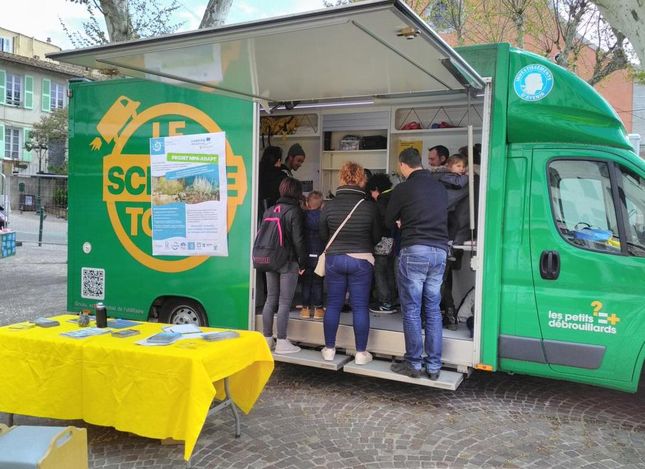 Port-Cros National Park is organizing an awareness raising Science Tour in collaboration with the association Les Petits Débrouillards for the next coming months.

As part of their activities carried out in the framework of MPA-Adapt, Port-Cros National Park is organizing an awareness raising Science Tour in collaboration with the association Les Petits Débrouillards. The association will be travelling to local events in municipalities across the National Park on their Ursule truck.

The aim of the Science Tour is to provide a space for experiments on climate change and to give people a taste of science, as well as raise the awareness about the challenges that the area will be facing in the future due to climate change. Children, adults and families will have fun learning about science and interacting with science instructors through experiments on sea level rise, ocean acidification and erosion.

MPA-Adapt and the issues that the project is addressing will be presented and promoted during the Tour.

The Science Tour kicked-off in 2017 and will continue throughout 2018 with 14 new dates, including: